Cathy from the New Inn pub in Ystradfellte, is opening a gift shop and had asked me to produce a number of postcards for her and other gifts featuring the local caves, mines and landscape. It was nearly mid-night when I headed out under a moonless and star lit sky, and I spent an hour and a half with this stone photographing star trails. Whisps of clouds raced across the sky, close to the horizon and were lit by light from distant towns and villages. Even here in the middle of the Brecon Beacons, upon a mountain, there is still light along the horizon in every direction.

Maen Llia is a standing stone made of calcrete, an unusual form of old red sandstone formed on calcareous materials as a result of climatic fluctuations in arid and semiarid regions, it is not found in the Brecon Beacons where it stands and was possibly carried here by a glacier 20,000 years ago.  It is believed that our ancestors of 4,000 years ago erected this stone, it's purpose is unknown but it may have been to mark an important site, a boundary, a route or had religious meaning.

According to local folk law, during mid-summer's night Maen Llia walks to the near-by river to drink, it's shadow apparently does point towards the river at that time. 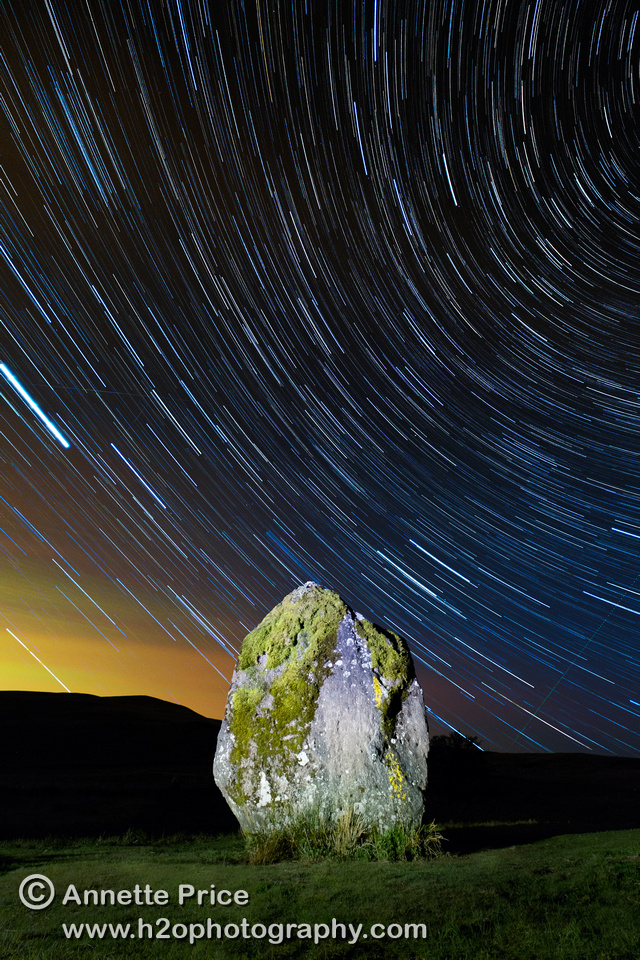