A few nights ago, at mid-night I was standing on a bridge over the River Céou at Castelnaud-la-Chapelle in south west France.  My camera on a tripod and set up for time-lapse photography -  to take thirty, 1 minute exposures of the scene so that I could later combine the images into one picture to create star trails.  Eerily quite, I could hear the barking and howling of foxes, bats occasionally flitted over head and around the trees and the water gently bubbled beneath my feet.  Jupiter was very bright and caused the thick white line seen amongst the stars.  A few satellites and aeroplanes crossed the sky, creating lines that cut across the stars in different directions, their flashing lights forming a string of dashes.  The orange glow is not from the setting sun as the sun had gone down several hours before, it is light from the neighbouring villages - probably Cénac-et-Saint-Julien. The  River Céou is  34 miles long and flows into  the River Dordogne, just a short distance downriver from where I was standing. 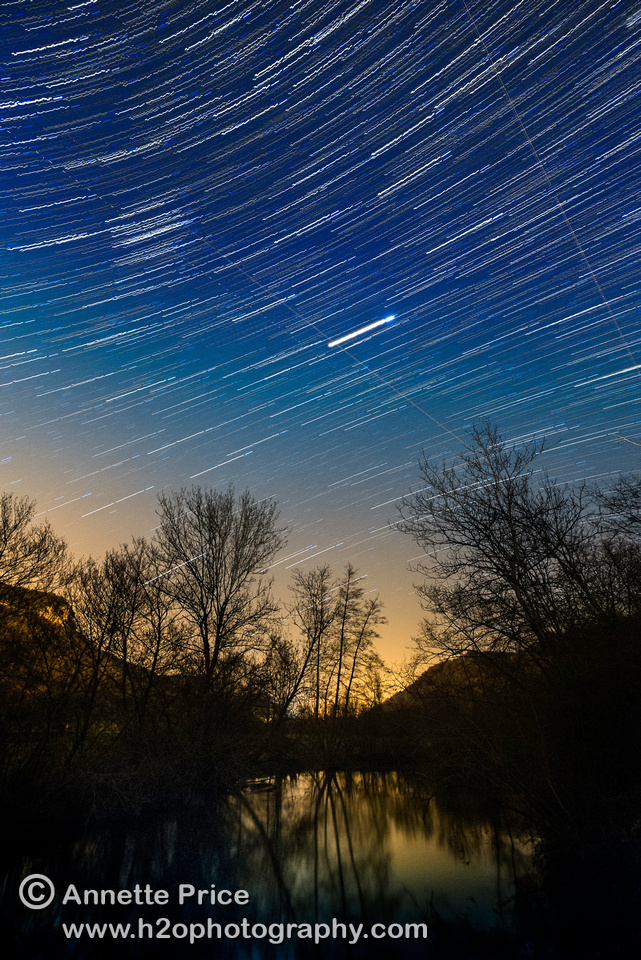