Thank you for your patience while we retrieve your images.

Three paddlers left Barn Elms, near Putney, paddling to the White Swan pub, opposite Eel Pie Island, nine miles up river. The weather forecast was for heavy rain and as we got onto the water the heavens opened and the river became a carpet of raindrops bouncing back into the air as they landed on the river's surface. Paddling with the incoming tide, we reached Eel Pie island a couple of hours later. The water was about three feet from the road when we arrived and it was still almost an hour until high water.

While inside the pub having lunch, the tide continued to rise and quickly flooded the road. In the patio area across the road, a gas bottle and several wooden barrels started to float. A metal bin floated into the road and sank in front of a silver car, which had been parked in front of the pub. No one in the pub knew who owned the silver car.


Unfortunately by high tide the silver car was standing in river water that was now one and a half feet deep. It's owner, a builder who had been working near by, returned to his car and tried to start it. The car moved a few feet, coughed and spewed a large amount of white gunge from the engine and wheel arches then died. The tide retreated as quickly as it had come in. The builders were hoping the car would be ok when it dried out, I doubt it was. We paddled back to Barn Elms thinking about the poor guys whose car had just drowned, It was still raining, the river looked stark, grey and desolate but somehow beautiful - as it always does. 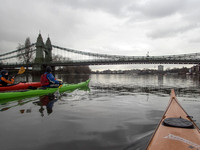 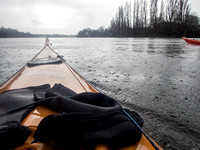 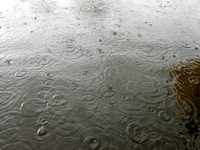 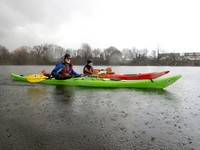 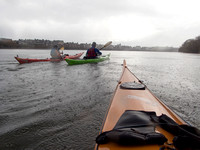 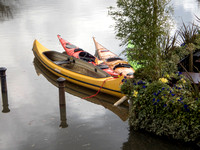 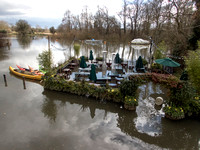 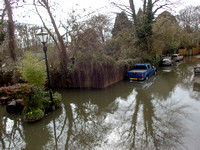 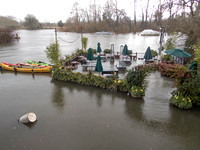 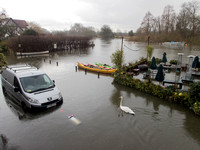 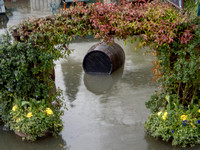 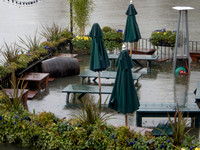 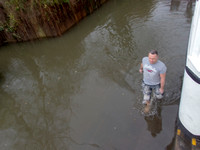 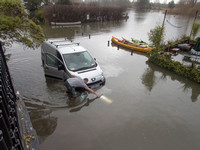 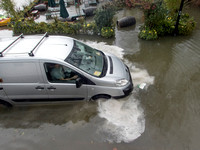 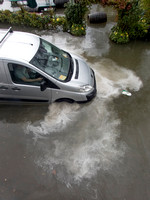 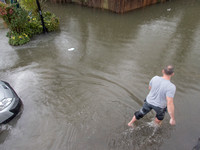 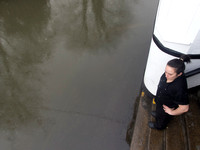 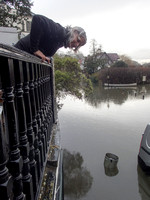 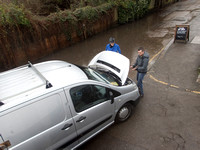